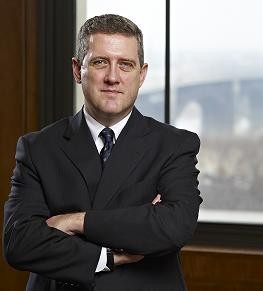 The president of the Federal Reserve Bank of St. Louis poked his head out of his granite bunker on Broadway and Locust yesterday to predict at least six to twelve months of recession.

That's how long James Bullard believes it will take before the market benefits from the Fed's recent decision to purchase $600 billion (with a "b") worth of U.S. treasuries. The move threatens to raise inflation and the cost of imports. Still, Bullard thinks it's worth the risk.

And while he's optimistic that the debt purchase should help the economy, he leaves open some wiggle room if a thawing of the economy remains elusive.

Says Bullard: The impact of bond purchases "can be difficult to disentangle" especially when factoring in other economic developments.