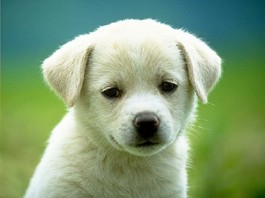 Last week, 51.6 percent of Missourians decided it was time to end the Show-Me State's reign as the "Puppy Mill Capital of America."

On November 2, voters approved Proposition B, which mandates that breeders give their dogs access to food, water, veterinary care, and enough room to turn around in their cages. You know, all the stuff that any decent pet owner would give their animal.

Now, less than a week later, several elected officials are trying to repeal and/or water down the law. The politicians say that -- wait for it -- the new rules are so restrictive they will put some dog breeders (puppy mill owners, perhaps?) out of business.

The Kansas City Star reported on Friday that "lawmakers in both legislative chambers," are "formulating plans for repealing or diluting the law." The new measure, like all state laws, can be amended or repealed by the state legislature.

Mike Parson, a newly-elected Republican from Bolivar, whose district, the Star notes, includes more than 150 licensed breeding operations, is leading the charge to do just that. He says work to neuter the new law will start "immediately."

To be fair, Prop. B was opposed in most rural areas. The majority voted against it in 100 of the state's 114 counties, probably because of fearmongering like this from Karen Strange, of the Missouri Pet Breeders Association.

"We think this is a total invasion by animal rights groups enforcing their agenda on the state of Missouri," Strange tells the St. Louis Beacon. "We're going to continue educating the people who the Humane Society is and exactly what they are up to. They want to take out agriculture across the board. They can deny it all that they want, but that is clearly what they are out to do."

The Humane Society, meanwhile, says that "if lawmakers do not respect the will of the people and do try to alter Prop B, we will fight to remind them that the voters have spoken."