Voting Maps Show Political Divide in Missouri; St. Louis and Kansas City vs. Everyone Else

November 03, 2010 at 8:32 AM
comment
If you need anymore convincing that the people of St. Louis and Kansas City have nothing in common -- politically -- with their fellow Missourians, consider these election results....

In the race for U.S. Senate, Democrat Robin Carnahan won only three regions in Missouri: Kansas City, St. Louis and St. Louis County. Her Republican challenger Roy Blunt won the remaining 113 counties with a total of 1,051,495 votes to Carnahan's 785,719 (54 percent to 40 percent). 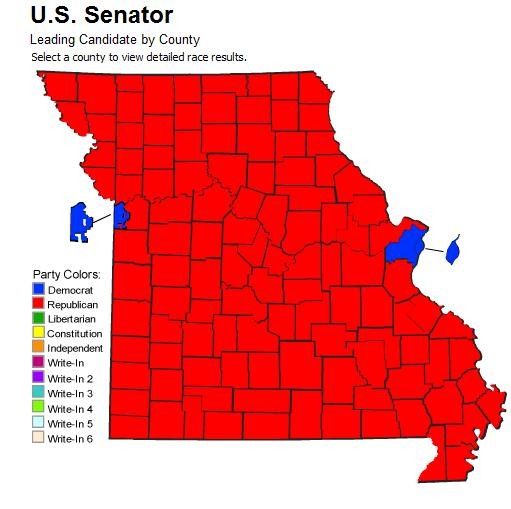 It's much the same when you take a look at Proposition A, the ballot issue intended to repeal earnings taxes in St. Louis and Kansas City. Ironically, Kansas City and St. Louis voters were the only two districts in the state to vote against a measure that would most impact their own cities. 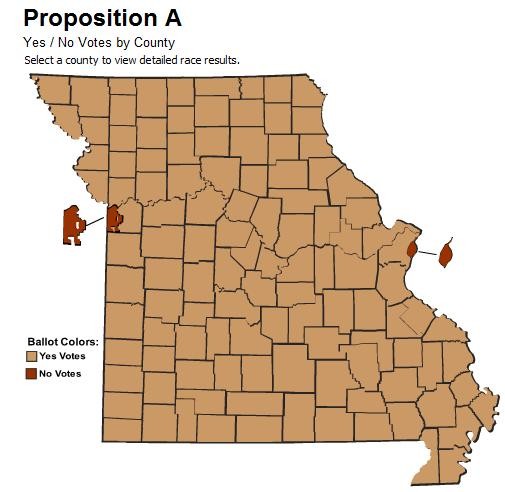 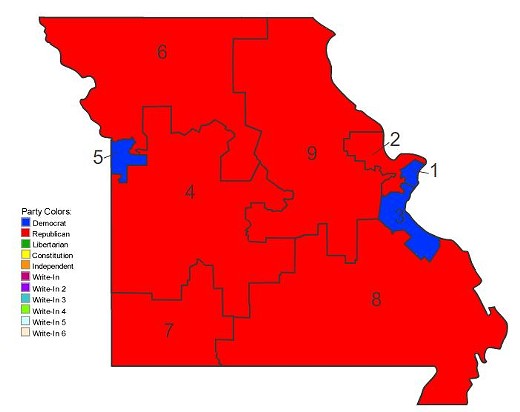 Of course, it doesn't help that the biggest Democratic areas in Missouri (and generally the poorest) are also the ones with the worst voter turnout. Just 37 percent of registered voters cast a ballot yesterday in St. Louis and Kansas City. Only a few impoverished counties in the bootheel had lower attendance at the polls. 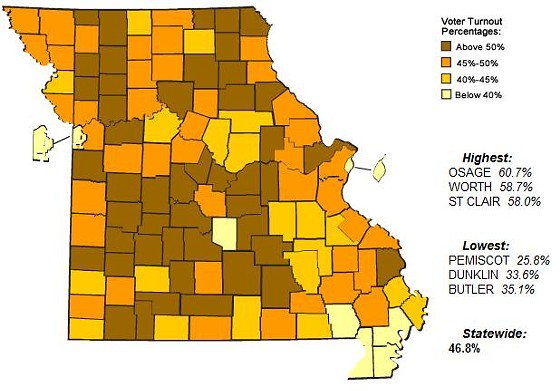 See more maps and election results at the website of the Missouri Secretary of State.