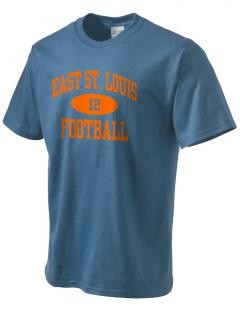 For now, anyway. Yesterday an Illinois judge granted a temporary restraining order blocking a  ruling earlier this week in which the Illinois High School Association found that the East St. Louis football team violated rules by recruiting and playing a student not in its district.

The IHSA had ruled that the undefeated Flyers would forfeit five of the team's nine victories this season and all 10 wins last season. The move would have pushed the team out of playoffs this weekend.

IHSA found evidence that Charles Tigue, a 17-year-old junior at East St. Louis, actually lives in Belleville. Tigue is charged with armed robbery, with the electronic ankle bracelet he wears registered to an address in Belleville.

East St. Louis' coach -- who happens to be Tigue's uncle -- says he didn't know where Tigue resided. Responding to the judge's decision yesterday, coach Darren Sunkett said he was pleased to get another shot. The ruling, however, doesn't make the allegations from IHSA go away. It just gives East St. Louis time to respond and the opportunity to carry on playing.