Looking Ahead to Missouri at Nebraska

So the Tigers won their biggest game of the season, their biggest game in years, and knocked off the number one ranked Oklahoma Sooners last week. Their prize? A number six BCS ranking and the opportunity to travel to Lincoln, Nebraska to play their new biggest game of the season against the Cornhuskers. It will also be the last time the Big 12 rivals will meet for the foreseeable future, as Nebraska jumps ship for the Big 10 next year.
Such is the burden of winning, of course; in college football the more you win, the bigger the stakes get every single week.

It's why, as enjoyable and logical as a BCS playoff system would be, I can't really get all the upset over the current system. As it is now, every single game matters in a way no other sport's regular season can claim, and Mizzou fans have to not only follow their own team but the teams near them in the rankings as well. I would probably pay attention to the Michigan State/Iowa matchup this weekend either way, if only because it is my job, but I certainly wouldn't care nearly as much about it if the top eight teams or so all went to a playoff. (On the other hand, that would save me the unpleasantness of being forced to root for Alabama against Auburn in a couple weeks, so it might not be all bad, I suppose.)
So this is what the Tigers are up against. A 'Husker squad ranked fourteenth in the BCS, with just one loss on their record, coming off a 51-41 win against Oklahoma State. Oh, and a Memorial Stadium filled with 80,000+ rabid Nebraska fans. The stakes are pretty clear as well: a win almost surely seals the Big XII North for the Tigers and keeps any national title aspirations alive. If Mizzou is going to win this game they're going to have to dig deep and pull out a great performance.
How does one go about stopping the Nebraska Cornhuskers in 2010? I won't say it's simple, exactly, but it's not really all that complicated, either. I can sum it up in two words for you: Taylor Martinez. 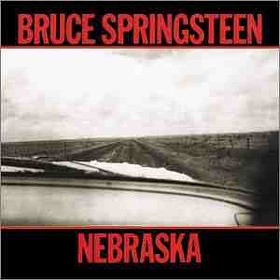