State Senator to University of Missouri: Let My People Go 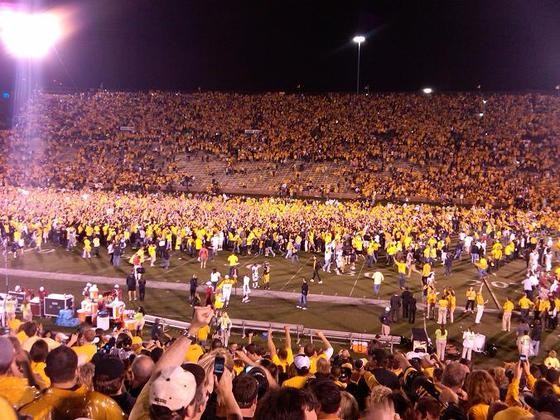 State Senator Kurt Schaefer (R - Columbia) is calling on the University of Missouri to drop the trespassing charges it has filed against 30 fans who stormed Faurot Field following Mizzou's victory Saturday over No. 1 Oklahoma.

"The people who went on to the field knew they shouldn't go on the field, but the charges are disproportionate to what the atmosphere, what the circumstances were," Schaefer tells the Columbia Tribune.

Too bad responds, the university. Students were warned beforehand not to go onto the field. Besides, the case has already been turned over to the prosecutor's office.

Here at Daily RFT we agree with Schaefer's terminology that the charges seem "disproportionate." Based on the photograph above, it would seem the university should have made at least a thousand additional arrests.