October 27, 2010 at 10:39 AM
comment
Witnesses in the Vandeventer neighborhood of north St. Louis say they heard people arguing moments before shots rang out just after 10 p.m. last night. 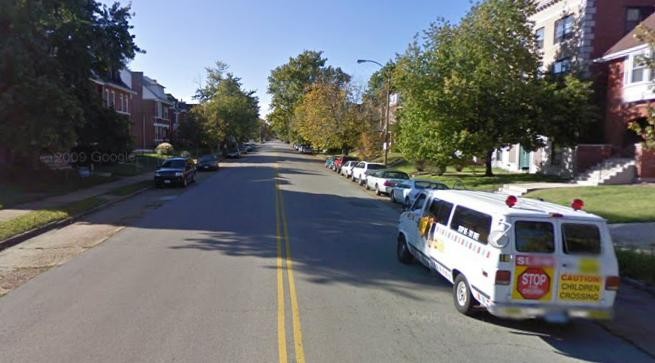 Moments later police arrived at the scene in the 4200 block of Enright (above) to find 26-year-old Jarmaine Darbey dead from multiple gunshots.

Darbey's last known address was in the 5400 block of W. Florissant. An investigation is ongoing.

By Daily RFT's calculation, Darbey is the 99th homicide within city limits this year after police announced today that 52-year-old Michael Jones of the 700 block of Carr died from bullet wounds suffered during an attempted robbery on October 16.