October 26, 2010 at 10:56 AM
comment
Illinois police are investigating the pre-dawn murder of a man in unincorporated Cahokia today.

According to the St. Clair Sheriff's Department, the victim from East St. Louis was sitting in his girlfriend's car parked on Violet Drive (below) around 4:15 a.m. this morning when he was shot multiple times. 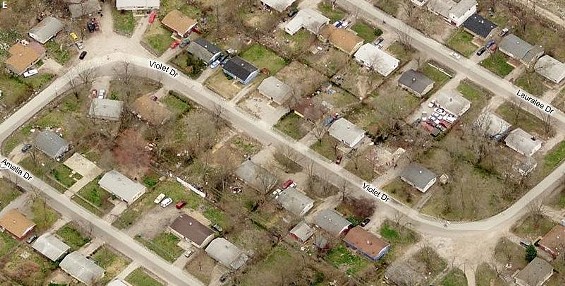 In a press release this morning, the sheriff's department stated it was withholding the name of the victim until family was notified. The Belleville News-Democrat now reports the victim as 44-year-old Kenneth Cany of East St. Louis.