Four Amish men in southern Missouri pleaded guilty this week to endangering the welfare of a child.

The men, all elders within the Amish community, reportedly knew about the sexual abuse of two girls living among their flock in the Ozark town of Seymour but failed to report the allegations to authorities.

Like a similar story unfolding in an Amish community in northeastern Missouri, the elders had hoped to reform the sex offender on their own. 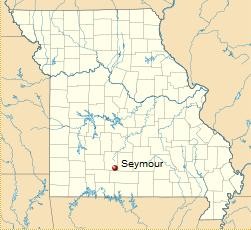 According to one report one of the elders told a Webster County sheriff's investigator "that it was against the Amish Rules to report child sexual abuse," and that they had shunned Johnny Schwartz twice for the sexual abuse of his daughters.

In September 2009, John Schwartz checked himself into a hospital after repeatedly molesting his daughters ages 14 and 16. According to a probable cause statement, Schwartz told the girls that he was "sorry" but could not stop his actions. In January he was sentenced to 20 years in prison. His wife, who knew about the abuse, was sentenced to five years probation and 100 hours community service.

The elders who this week pleaded guilty to failing to report the abuse were fined $300. They are Christian Schwartz, Jacob Schwartz, Emmanuel Eicher and Peter Eicher.