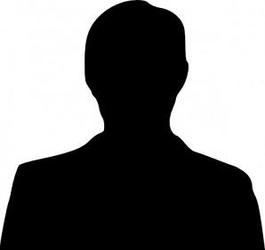 Such was the train of thought -- we assume -- of Keith Grinston.

This month Grinston sued the Belleville News-Democrat claiming that the paper has thrice used his photo to illustrate articles about John Grinston -- a man who stabbed his wife to death in 1997 but was acquitted of murder charges on reasons of insanity.

According to the lawsuit filed in St. Clair County Court, the News-Democrat published a story about John Grinston in July that once again included a photo of Keith Grinston. (The story, still available online, is now without any illustration.) Grinston claims in the lawsuit that he's informed the paper on two other occasions that it has used his photo for articles about John Grinston.

Grinston's attorney, Thomas Falb of Alton, tells Daily RFT that John and Keith are brothers. Falb says he does not know how the News-Democrat acquired a photo of his client.

The paper has not yet responded to the lawsuit. Keith Grinston is seeking punitive damages for emotional distress and humiliation in excess of $50,000.