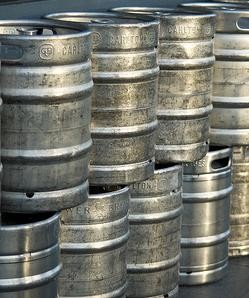 Eliot Davis, you're welcome. Feel free to use the above headline for your next You Paid for It installment.

State auditor Susan Montee is out today with a less-than-flattering review of the management at the St. Louis Regional Convention and Sports Authority a.k.a. the people who oversee the Edward Jones Dome.

The audit accuses board members of the sports authority of failing to accurately account for the free tickets they're given to a suite at each Rams home game. Some of those 42 tickets to each game are to go toward government officials, who are allowed to eat and drink for free as an "economic development" cost to the publicly financed stadium. Other guests to the suite are to pay $40 for food and drink.

Montee's audit found that the sports authority failed to document who attended the games with many of the guests who were supposed to pay getting free food and drink. Meanwhile, the authority failed to record the tickets to government officials as lobbying expenses with the Missouri Ethics Commission.

In 2008, guests at the suite plowed through six kegs of beer and $15,700 worth of food. Of that amount, only $8,200 was reimbursed by people who paid for the stadium fare. The sports authority picked up the remaining $7,500. Montee suggested that the $40 cost for paying members is too low and should be around $54.

See a list of the sports authority board members here.