The Cardinals Have an Infield Question; The Import Market May Have an Answer 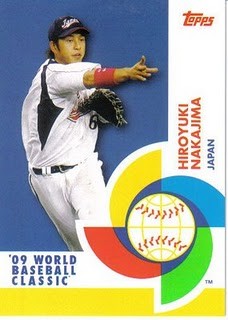 Okay, before everyone gets all pissed off at me, I don't have anything personal against Skip Schumaker. I don't. Scout's honor. I mean, I don't really get the whole handsome thing with Skip, but that's mostly a matter of taste. I'll swoon at the mere mention of Joe Mather, and every so often in just the right light I might be convinced Adam Wainwright really is staring into the depths of my soul through my television rather than the batter's, but Skip just doesn't do it for me. That doesn't mean I have it in for the guy, though. Okay?
Now that we've got that straight, I hope you'll understand I mean this purely from a baseball perspective: If Skip Schumaker is starting at second base for the Cardinals next I will personally begin calling for the resignation of John Mozeliak, Tony La Russa, and any other decision-maker I can think of to bitch about. This team needs an upgrade in the worst way, and second base is easily the biggest position of need.
What that means, of course, is that the Cardinals absolutely should have a hole to fill in the middle infield this offseason. And I think, like so many other things which have plagued us in life, the Japanese just might have the solution.
The player in question is one Hiroyuki Nakajima, currently shortstop for the Saitama Seibu Lions. He is under contract with the Lions for next season, but according to recent chatter it's looking at least somewhat likely he'll go through the posting system, by which Japanese teams offer their players to American major league clubs. You may recall the posting process got a bunch of press a few years ago when the Boston Red Sox paid out a rather large sum of money for rights to negotiate with Daisuke Matsuzaka. If you're not familiar with the process itself, the always-accurate Wikipedia offers a fairly decent overview of how it all works.
So just how good is Nakajima? Well, according to various sources he's one of the top five or so position players in all of Japan right now. (Occasionally you'll hear someone opine that he is, in fact, the second-best hitter in Japan, right behind the remarkable Norichika Aoki, but that seems to be a minority opinion.) As a shortstop he's more in the offensive-minded mold, but that doesn't mean he isn't a contributor on both sides of the ball.
Nakajima is 28 years old now, and wouldn't turn 29 until midseason of 2011. (DOB 31st July 1982.) He's hit over .300 each of the last five seasons, with 91 home runs in that time period. Power seems to translate the worst of all tools for Japanese ballplayers coming to America, so you probably wouldn't expect as many dingers from him, but the rest of the offensive package is very intriguing. His walk rates are much better than average for the NPB (in general there are both fewer walks and strikeouts in Japanese baseball), and his on-base percentage hasn't been below .360 since 2004, when he was just 21 years old. In 2008 Nakajima was simply sublime, posting a .937 OPS for the Lions.
With the glove, Nakajima is rated an above-average fielder in Japan at short, though with the game being played almost entirely on turf there is a bit of a transition to worry about. In the Cardinals' case he would almost certainly be manning second base instead of shortstop, a move I'm sure he would be able to make without any difficulty. There are plenty of things to worry about going wrong with a player coming from the NPB to the major leagues, but moving from one side of second base to the other isn't one I would concern myself with.
In short, this is a star-level player in Japan, one who is regularly mentioned with the other elite talents of the league. How well that production would transfer to American ball is less certain.
Brian Cartwright, who does projections of NPB players for The Hardball Times Forecasts, recently commented over at FanGraphs that he projected Nakajima to have an OPS roughly in the .815ish range last season, and the actual numbers from this season were close enough to his 2008 and 2009 campaigns that the projection would likely be almost identical. (I would link to the actual projections themselves, but they're behind a subscription wall and THT isn't accepting new subscribers currently, so it wouldn't do a whole lot of good.) How accurate that projection is likely to be is up for debate, but it isn't just some dude tossing darts at a board to pick out his numbers.
Personally, I think that number seems attainable. I would expect to see a dropoff in power (American parks are larger and there aren't many domes left), but the rest of Nakajima's numbers would translate well. Just from watching him in the World Baseball Classic and what little Japanese baseball I can find video of (and yes, I am enough of a nerd to enjoy watching baseball in a language I only know about fifteen words of), he looks to have a solid swing with nice pop to the opposite field. Much more of a line-drive type stroke than a lofted slugger swing, and I really like the balance in his swing. How Japanese players can move around so much in the box and still maintain balance is beyond me, but the best ones do it in a pretty amazing way.

​Moving over to second base in the majors, Nakaji's glove would be a definite plus, and I could easily see him putting up an OPS in the .800-.830 range. A gap hitter with doubles power in America, I think he'd be an outstanding fit in either of the top two spots in the Cardinal lineup.

So a plus-glove second baseman with an ~.800 OPS. Actually, scratch that. Let's be pessimistic. Call it a ~.770 OPS, if only because Busch Stadium is tough on right-handed hitters. Compare that to Skip Schumaker, whose OPS for 2010 was .667 and who cost his team 15.4 runs in the field by UZR. (You could also use +/-, which rated him 9 runs below average in 2010. Either way, you get the point: Skippy is costing the Cardinals runs.) Schumaker was actually below replacement level in 2010, giving two runs back to the baseline.
Just eyeballing it, I think Nakajima could realistically be a 2.5-3.0 WAR player in 2011. That would be almost a three-win swing over what the Cardinals received in production from their primary second baseman in the season just ended. That is, in no uncertain terms, huge.
Just as importantly, Nakajima is likely the only significant upgrade on the market the Cardinals could get without having to trade away talent for. (Personally, I think Tyler Greene could be just such an upgrade, but field management just doesn't seem all that eager to give him an extended look in which he isn't going to be sent down at a moment's notice.) Orlando Hudson would likely be the biggest upgrade on the free agent market, but he'll be 33 by opening day 2011, putting him in danger of age-related decline. (On the upside, he does have in his contract that he can't be offered arbitration, so he wouldn't cost a draft pick.) Beyond Hudson, any real upgrade would likely have to come on the trade front, and the Cardinals seem loathe (and rightly so), to trade away the more promising prospects it would take to land an impact player.
Internally, I still have hope for Daniel Descalso, but I don't think he'll be ready to make a positive impact in 2011, and he's really more of a role-player anyway. He certainly doesn't have the bat Nakajima projects to have.
There is, of course, some definite risk to a player like this. Look no further than Kazuo Matsui, the very talented shortstop the New York Mets signed nearly a decade ago now. At the time, Matsui was seen in much the same light as Nakajima is now, as one of the most complete players in the NPB. The transition didn't go well for Matsui, as he struggled to adjust in New York and then got caught up trying to remake his swing mechanics. Even so, Matsui's real issue was mostly injuries, as he had a terrible time staying healthy. Still, as a cautionary tale it's not a bad one to bear in mind. Sometimes things just don't work out.
Whether the Cardinals will even consider venturing into this arena is unclear, as they've had only one Japanese player and he wasn't a part of the posting process. (So Taguchi signed as a straight free agent.) By going after a player likely to get a decent-sized contract they might also be confining themselves to one big move, making a Jake Westbrook return unlikely. To me, though, the Cardinals have enough options in the pipeline on the pitching front that they could move Kyle McClellan to the rotation and fill in with young arms in the bullpen if need be. The offense is where the Cardinals really need help, and also the side which looks much trickier to upgrade.
Contract talks are set to begin today, the 20th. (Or maybe they've already happened by now. Wait, no, they're behind us, right? I can never remember.) Nakajima is still under team control, but if it looks like the two sides are going to be unable to come to a mutually agreeable deal, I think it's likely he'll be posted. If that happens, it would be smart for the Cardinals to think outside their own box and try upgrading their team with this very talented player.