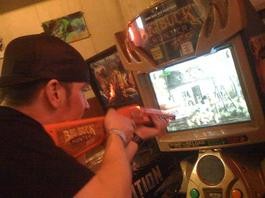 Boone County (home to Columbia) led the counties participating in the hunt with 97 deer bagged between October 8-11. St. Charles County was a close second with 91. In St. Louis County, hunters harvested 45 deer.

Hunters are only allowed to shoot antler-less deer during the event as a way to cull the female population and limit reproduction. So, yeah, if you want to the hunt bucks in the 'burbs, you'll still need to play the video game.