Bravo's Andy Cohen on "The Real Housewives of St. Louis" 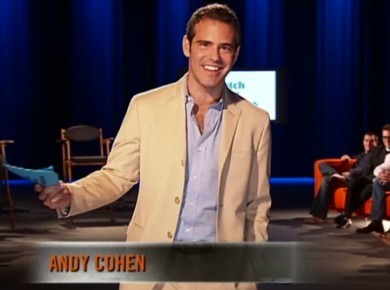 Note to all you gorgeous housewives of St. Louis, Clayton and Ladue: Andy Cohen does not want you to put you on TV.

The senior vice president for original programming and development at Bravo -- and wrangler of so-called "Real" Housewives from Washington, D.C. to Orange County -- recently spoke to the New York Times about the reality TV franchise. (The occasion? Bravo's latest incarnation, one featuring the oh-so-unreal housewives of Beverly Hills, debuts Thursday.)

The Times' Kathryn Shattuck asked Cohen why the franchise had yet to venture into the Midwest. And here's Cohen's unedited -- and oh-so-devastating -- response:

I'm from St. Louis. I know the real housewives of St. Louis, and I don't necessarily want to see them on TV. Please don't let that be a slam on my hometown because it's my favorite place.

So let's get this straight. Bravo spends hours glorifying anorexic party-crashers and compulsive-shopping brawlers from coast to coast -- but our housewives aren't good enough for them?

Oh, no, Andy: We would never take that as a slam.