Just How Tall Were the Dinosaurs?

The extra height, Casey Holliday and his team of researchers discovered, came from cartilage between the dinosaur's bones. The layers of cartilage, which decomposed from dinosaur skeletons long ago, were much thicker than anybody had previously thought, and may have increased a dinosaur's height by as much as ten percent. 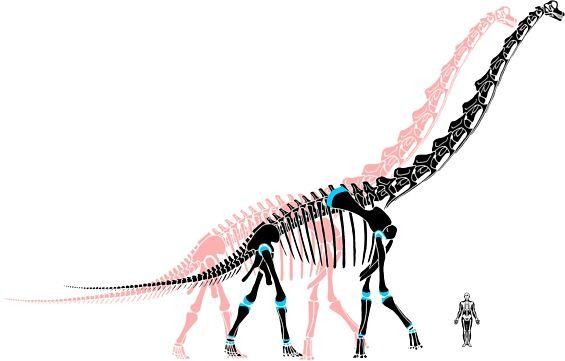 Then they took a long look at dinosaur bones.

"The ends of many dinosaurs' long bones, which include leg bones such as the femur or tibia, are rounded and rough and lack major articulating structures like condyles, which are bony projections," Holliday explains in a press release. "This indicated that very thick cartilages formed these structures, and therefore the joints themselves, and would have added significant height to certain dinosaurs."

Because of the thick layers of cartilage, it's unlikely that dinosaurs ever had arthritis the way humans and other mammals do.

The new findings about dinosaur bones may have other implications, like understanding how -- and how quickly -- the dinosaurs were able to move. Could it be that everything we ever learned about dinosaurs was wrong? Something akin to our discover that Pluto was never actually a planet after all?