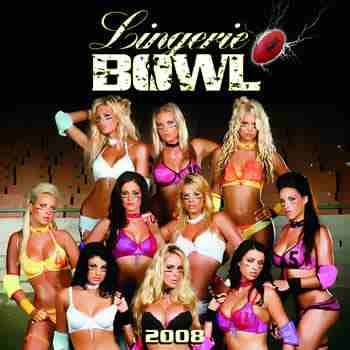 I remember a time, not so long ago you see, when a Rams/Lions matchup would have been a complete joke. There would have been quips about the loser being kicked out of the league. There would have been jokes about the winner being kicked out of the league and the loser relegated to playing in the Lingerie Bowl. There likely would even have been some sort of elaborate joke metaphor wondering if the combined suckitude of these two teams in the same place at the same time would actually create such powerful sucking forces as to birth a new black hole, drawing in all light and matter in the greater Detroit area.
But enough about the jokes I came up with for this column. Sure, these two teams may still have only combined for two victories in eight total games, but that doesn't mean it isn't an intriguing matchup. (And to be fair, Detroit should have beaten da Bears in their season opener if not for getting screwed on a catch in the endzone.) Two teams on the rise, both of whom have brand new high draft picks to watch, should make for a rather interesting game come Sunday.
That's right, folks. You heard it here first: the St. Louis Rams are visiting the Detroit Lions on Sunday, and it should be a good one. So let's get all boned up on the pertinent facts, shall we?
1. Sam and Suh: The Battle of the Picks
Back around draft time there was a fairly substantial amount of angst over the Rams taking Sam Bradford. It seems strange to think of now, of course, given Bradford's remarkable showing right out of the gate, but taking him first overall was seen by some as less than a slam dunk.
The other name which came up most often was the defensive monster from Nebraska, Ndamukong Suh. Plenty of people wanted the Rams to pass on Bradford, pick Suh, and then try to fill the quarterback position with one of the other players who would be available later on. The thinking went that Suh was such a unique talent you simply couldn't afford to pass on him, while Bradford was a good college quarterback in a draft full of good college quarterbacks.
I think it's fairly clear by now the Rams probably made the right decision, barring catastrophe, but Suh has proven he's no slouch in pro ball, either. He leads the Lions in sacks, and has helped make their front four one of the more effective units in the early going this season. Both Bradford and Suh will likely play very big roles in this game, so get ready to argue with your friends about why the Rams made the right (or wrong), choice.
(And yes, for the record, I can't help but wonder how Suh would look as part of the Rams' already-impressive defensive line. I admit it.)
2. Detroit Hurt City
The Lions have had more than their fair share of injuries already this season, as have the Rams. However, the Rams have mostly had role players go down; the Lions have seen both their bright young quarterback Matthew Stafford and Jahvid Best, the dynamic running back they picked up in this year's draft, miss time already. Stafford is out currently with a shoulder injury and is unlikely to return before early November-ish. Best, on the other hand, will definitely play, but he's dealing with a turf toe situation, which I'm sure we all remember from Isaac Bruce's time in St. Louis. It's the sort of injury which just doesn't want to go away, and it's tough to predict how much it is going to limit a player any given week. When Best is at his best (I wonder how many times that hackneyed pun has already been employed?), he's a threat in much the same way Marshall Faulk was in St. Louis, with the ability to hurt you equally running or catching the football. Even at diminished capacity he's good, but not the kind of force he could be.
Without their talented young quarterback and their number one back slowed up by a foot injury, the Lions' offense will likely be operating at less than full capacity. It'll be up to a Rams defense which has played extremely well to this point to take advantage of that weakness.
3. The Ram Offensive Line
As I mentioned above in the section on Ndamukong Suh, the Lions actually have a very productive defensive line. (The two teams are oddly similar in that way.) Besides Suh, defensive end Kyle Vanden Bosch is probably the most dangerous player on the D-line, but you can't sleep on any of them, really. The offensive line will need to be at their best this week to protect Sam Bradford and open up some lanes for Steven Jackson to run.
There will also be a challenge for the Rams' receivers here as well, because the Detroit line has shown the ability to get pressure on the quarterback with just their front four, meaning they don't necessarily have to bring the extra bodies in order to get there. That means more support for the secondary, with linebackers and safeties playing back in coverage more often, clogging up the field and leaving much less space in which to get open. Even so, the Detroit defense ranks just 26th in the NFL in yardage allowed, so if the Rams can protect Bradford there are plenty of yards out there to pick up. If Brandon Gibson could stop dropping balls and make some of those in-traffic catches he's shown the ability to make, he could have a big game along with the Rams' tight ends.

​4. And Speaking of Tight Ends...
With the Detroit line's ability to get into the backfield, the Rams may very well need to employ more two tight end formations to offer up additional protection in the passing game. If that's the case, the tight ends themselves are going to need to step up and play better than what we've seen from them for the most part this season. Billy Bajema is still hurt, and Daniel Fells is still fighting through injury, meaning the tight end corps is a little short on healthy bodies as well.
Sam Bradford was sacked four times last week against Seattle, and two of those directly resulted from a tight end failing to pick up a blitzer. That can't happen again this week if the Rams want to keep Sam upright and ambulatory.
5. The Pat Shurmur Show
Last week I thought the Rams' play-calling on offense was just short of brilliant. Sure, there was still a strong conservatism I would like to see them shake off as their phenom quarterback continues to mature, but it was still an outstanding game plan. Seattle blitzed, and the Rams threw half a dozen different screens (at least), at them. Worked like a charm, too; the touchdown throw to Ken Darby was on just such a perfectly executed screen pass.
This week the Rams face a different kind of defense. Rather than blitzing heavily, the Lions rely instead on the strength of their big down linemen to push the opposing offensive line around. They're very weak in the secondary, though that's somewhat mitigated by their ability to drop more players into coverage to help out. The screen pass will not be nearly as effective against this sort of defense, so the game plan will need to change. With a fairly weak secondary, the ideal way to exploit the Detroit defense would be with the deep ball, but the Rams haven't really shown the ability nor the inclination to stretch the field to this point. It's partially a personnel issue, as they lack a true down-the-field receiving threat, but it's also a game plan issue. Regardless of how they do it, the Rams are going to have to attack this Lion defense in a different way than what they've done recently. Their plan worked to perfection against the Redskins and Seahawks; now let's see if Shurmur can cook up a way to beat Detroit this week.
And, just because, I give you a bonus sixth thing to watch!
6. Stop Calvin Johnson
Calvin Johnson is one of the most dynamic receivers in the NFL. He's big, he's strong, he's fast, and he can catch the ball. Larry Fitzgerald is probably the most comparable guy out there at the moment, but he was still lamed up when the Rams played the Cardinals, so there's really no help there. Beyond Johnson the Lions' receivers aren't a particularly frightening group. so there may be an opportunity for one of the safeties to help out on Johnson throughout the game, or some other method of getting a double team on him. Johnson is Detroit's biggest weapon, and the Rams would do well to put extra energy into hassling him all day long. Bartell is your top corner, I know, but I would like to see Bradley Fletcher and his physical style harassing Johnson all day. (Harassing Johnson sounds dirty, doesn't it?)
And finally, I'm going to make a prediction! Why would I do something so foolish, something which will only serve to make me look dumb when I'm completely wrong? Those are both excellent, excellent questions. Really.
Prediction: The Rams could very well be in for a letdown game this week, coming off two wins in a row and going on the road against an improving (and hungry, seeing as how they're still winless), Detroit team. Losing a game like this is exactly what is meant by "growing pains." Still, as much as I think the Rams need to watch themselves for a trap game, I really like the way they match up against the Lions. Particularly with Stafford out, I think the Rams stack up well enough in most key areas to come away with a win. Rams 23, Lions 10