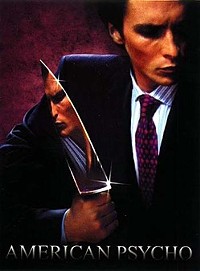 Imagine waking up in your bedroom to see your ex-boyfriend standing over you and your current lover. In the hand of your ex is a butcher knife.

That scene played out in real life yesterday morning in Fairview Heights. The Belleville News-Democrat reports that a 33-year-old woman awoke in her home on Catalina Drive around 7 a.m. Sunday. In the bedroom was her ex-boyfriend Reginald D. Dixon, 31, holding a knife and threatening to kill the 32-year-old male sleeping beside her.

A confrontation soon broke out with the ex stabbing the man in the hand before losing control of the knife and getting stabbed himself in the abdomen.

Dixon then wandered to a nearby gas station. He was pronounced dead at Belleville Memorial Hospital around 1 p.m.

The new companion was also treated at a hospital. At this point, no one has yet been charged in the case which is being investigated by Fairview Heights police and the Air Force Office of Special Investigation as the woman is a member of the military.