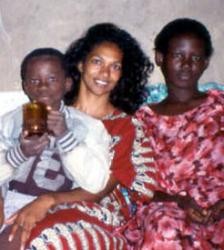 A clarification: The University wishes to clarify that Parikh is the first female African-American professor to go through the entire tenure track, from assistant to associate professor with tenure, at Wash. U. Arts & Sciences. Other female African-American professors have been awarded tenure by the Arts & Sciences faculty, but only after they arrived at the university from other institutions.

In her interview with Student Life, she acknowledged the difficulty of balancing family responsibilities with her work at the university. "Taking time off [for the sake of one's children] can lead to gaps in a woman's publishing, which might make her look unproductive, when in fact she's on maternity leave," she said. "It's not supposed to work against you, but there's still a lot of pressure to produce during that time."

Perhaps consequently, only 28 percent of Wash. U.'s tenured professors are women (up from 22 percent in 1999 -- hey, that's progress!) and, according to a survey conducted by the provost's office last May, they earn between $3,072 and $3,979 less than their male counterparts. The situation is even more grim for minorities, who comprise 6 percent of the university's tenure and tenure-track professors according to a 2009 report, also from the provost's office.

"People don't mean to let underrepresented minorities fall through the cracks," Parikh said. "I just think they really don't understand how pressing of an issue this is."