September 17, 2010 at 8:35 AM
comment
The St. Louis police department is seeking public assistance in identifying a suspect who robbed a south city bank Wednesday.

The incident occurred around 2:20 p.m. September 15 at the Southern Commercial Bank on Meramec. According to police, the thief strolled into the building and handed the teller a note demanding money. The suspect also threatened to shoot the teller but did not display a gun. The robber then walked out of the bank with an undisclosed amount of money.

Police describe the suspect as being 35-40 years of age, standing approximately six feet tall and weighing around 175-200 pounds. Oh, and he was wearing a woman's blouse, a purse, a wig, gray slacks and white tennis shoes. (White sneakers? Talk about your fashion faux pas!)

Anyone with information is urged to contact CrimeStoppers at 1-866-371-TIPS (8477.) Callers can remain anonymous. And, yes, presumably the cops have already questioned Martin Lawrence. More photos below... 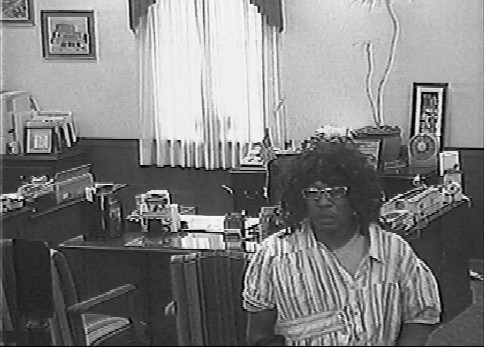