Wash. U. Among Nation's Most Dangerous Colleges [Updated] 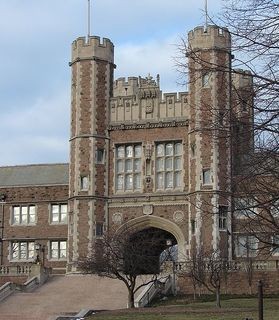 Oh, hello there Daily Beast rankings! It's been a while since we heard from you. Not that we missed you. You have such a way of making us feel bad about ourselves, even if we have doubts about your methodology.

But your latest rankings of the 50 Most Dangerous Colleges and the 50 Safest Colleges seem to be based on actual statistics:

The statistics account for nine types of criminal incidents, which we weighted based on a subjective judgment of violence, asserting that an incident of murder represents a higher level of intrinsic threat to public safety than a robbery. Burglary carried the lowest value, with car theft weighed twice as much, assault or robbery six times, arson 10 times, negligent manslaughter 20 times and murder 40 times. All totals were then divided by the number of enrolled students, so that midsize and large campuses could be accurately compared.

(Does this make anyone else think of the line Mark Twain quoted in his Autobiography about how "There are three kinds of lies: lies, damned lies and statistics"?)

Anyway, by this convoluted ranking system, Washington University, once home of the 25th-happiest student body, is the thirteenth most dangerous college in our fair nation. Maybe it's the stress? But all is not lost for the St. Louis region. Southern Illinois University-Edwardsville is the 21st safest!

SIU-E's listing is accompanied by a photo of two deer, a doe and a fawn, trotting happily across a lawn in front of a modern glass building. Wash. U. is illustrated by students dragging a large campaign sign reading "Show Me Change, Vote November 4" across the quad while, behind them, their less politically-aware peers play Frisbee. Surely there's some significance there?

Update 5:30 p.m.: Wash. U. has seen the rankings, too, and is not pleased. Not just because it came out so poorly, but because the ranking process was so dodgy. (Again, see Twain on "lies, damned lies and statistics".) It has issued a statement defending itself against the Beast.

"We believe the analysis and methodology used by the site are flawed and are not a credible analysis of crime patterns around our campuses," the statement reads. It notes that the Daily Beast relied on crime reports not just from the university campus itself, but from the surrounding neighborhoods.

In addition, it should be noted that the University has a campus culture that encourages reporting of incidents. The University's efforts to better address safety issues and expand lines of communication are very successful, and it realizes that its attention to security and encouragement of reporting may have contributed to the level of crime reported. For example, the University encourages reporting of acquaintance sexual assaults. Most of the reported sexual assaults were in that category....Washington University believes its campuses are safe places to live, work and study. Most crimes that occur here are property crimes involving unattended items, and we have very low reported incidents of violent crime.

The one murder, by the way, happened at the Children's Hospital, not on the main campus, and did not involve students or faculty at all; it was the result of a domestic dispute between two hospital visitors.