Click here for a full slideshow from the Gateway to November Tea Party Rally.

Okay, so this is more about the location than any actual signage. But we could not help but notice the irony resulting from this unique combination of setting and message. 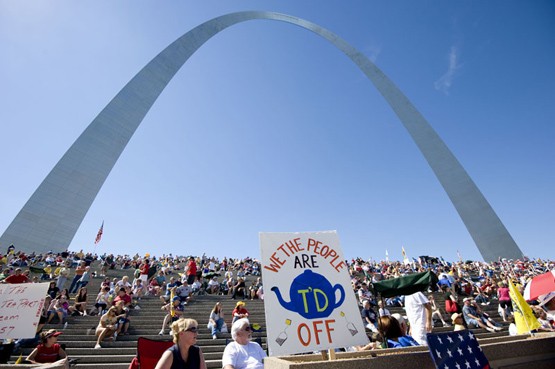 Well, at least she isn't talking about the Mayan calendar.

Umm, technically, neocon is short for neoconservative. But this is clearly more of a small-tent party. Irving Kristol, they don't like you any more than they like Barack Hussein Obama!

When did God get email?

'Cuz nothing says liberty like stilts and platform shoes.

A flag so solemn that it doubles as a kick-ass cape (also available for purchase from a bucket near you).

Is it just us, or does the phrase "The American Dream" invoke a singularity of thought and aspiration that runs counter to the beliefs of a group that opposes collectivist philosophies like socialism?

The day just wouldn't be complete without a little paranoia. 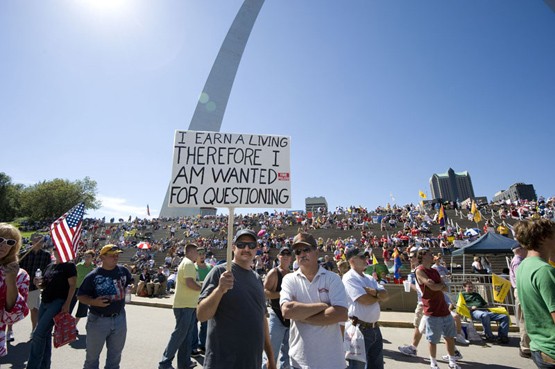 Did this guy miss the memo about restoring the Constitution? We thought the Tea Party's whole argument was that our rights derive from the Constitution, we need to adhere to Constitutional limits on the federal government, and we need to return to the original vision of a republic outlined in the, yes, Constitution. The last we read, the Bible didn't have much to say about any of that.