The political blogosphere is on fire with allegations surrounding writer Michael Gross's profile of Sarah Palin in this month's Vanity Fair.

Much of that brouhaha comes from the opening two graphs of the article, a seemingly innocuous scene-setter describing Palin backstage with her family prior to a rally in Independence, Missouri. Gross writes that Palin's young son, Trig, is there with the family that day.

Turns out, though, that Trig was not there. The young boy with the Palin family was actually the son of St. Louis Tea Party activist Gina Loudon. Like Palin's son, Loudon's boy also has Down Syndrome.

Okay. A factual error, to be sure. But hardly something you'd expect to regress into an angry pissing match, right? Then again, we are dealing with a rather unflattering piece on the love-her or hate-her Sarah Palin. There are bound to be fireworks.

Last week politico.com was one of the first out of the gate reporting that Gross got the baby wrong. Later in the week Loudon told her story to the stltoday.com political reporter Jake Wagman, claiming that she even told Gross that he got the babies wrong at the time of the rally. 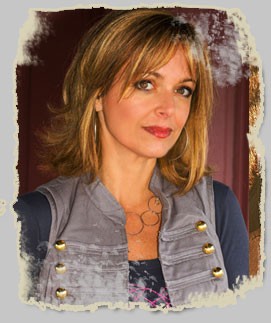 "I told him that. And he ignored it," Loudon said. "It's not even like he didn't fact check -- he just ignored facts."

In a follow-up on Vanity Fair's website, Gross denies ever having run into Loudon and says he couldn't have met her backstage, as she alludes, because he was not allowed backstage. He witnessed Palin and her family from a seat toward the side of the stage that allowed him to catch glimpses of what was going on backstage.

This week Loudon used Gross's admission for a post on Andrew Breitbart's blog Big Journalism. As Loudon writes in her post, Gross could not possibly have seen Palin's family behind the stage because the organizers erected a curtain around the backstage.

So, who to believe? Gross or Loudon? Or could it be that what Gross meant to say was that he witnessed Palin's family "to the side of the stage" and not "backstage"?

Yesterday on his left-leaning site, St. Louis Activist Hub, Shriver posted photos from the rally itself that seem to suggest that Gross could've witnessed Palin's family interacting to the side of the stage -- behind the curtain. Actually, the side-stage view would make the most sense per the way the article is written: "[Palin] mimes the gesture, whips around, strides on four-inch heels to stage center, and turns it on."

Then again, there's my theory: The view of Palin with her family could not have come from backstage, side-stage or anywhere inside the Independence Events Center. No, it could only have come from outside the building -- on a grassy knoll.

Observe and adios. Have a weekend, everybody.