Jonathan Franzen Is Too Big for the Schlafly Library Branch 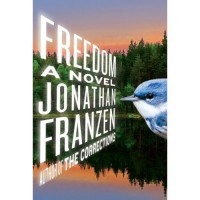 So many people have purchased Jonathan Franzen's new novel, Freedom, that Left Bank Books is moving its September 20 book-signing event from the Schlafly branch of the St. Louis Public Library to Christ Church Cathedral.

The cathedral, at 1210 Locust Street, holds 600 people; the library, only about a third of that.

Left Bank is probably right to expect a huge crowd. The Post-Dispatch reports that more than 100 people have already purchased Freedom from Left Bank Books. And, the Canadian Press reports that a crowd of 1,000 showed up to hear Franzen read recently in New York City.

Yep, our hometown boy is now a rock star. The only question -- considering the cathedral location and all -- is whether he's the kind of rock star who's actually more popular than Jesus.

Check back with us after the September 20 signing and we'll let you know.