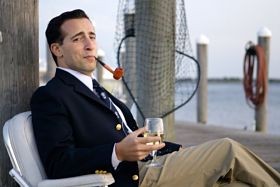 Now we know that most of this country's preppies are concentrated in the northeast. That is, after all, where most prep schools and all the Ivy League colleges are. But according to True Prep, a sequel of sorts to the 1980 classic The Official Preppy Handbook, St. Louis is a complete flyover zone for preppies.

The true indication of our abandonment is our curious absence of the national list of vintage stores that starts on page 99. The alphabetical listing of states jumps from Michigan to New Jersey. Even our closest counterpart city, Baltimore, gets a nod. But on the glories of our two treasures, the Scholar Shop (the Clayton location, not Webster Groves) and the Women's Closet Exchange, the Book remains silent.

St. Louis, in fact, is mentioned only twice. T.S. Eliot is listed as an alum of the Smith Academy, which no longer exists (it was absorbed into MICDS, then simply CDS, in 1917). And a St. Louis-centric example features in the section on "Preppy math." 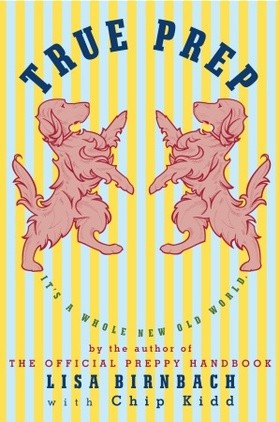 It costs $82.50 to buy a ticket to a James Taylor concert on the tenth of next month at the Fox Theatre in Saint Louis. If you want until the night of the concert, you might find a scalper who will sell you a ticket for $100 or more. You are hoping that since it is last minute, you'll be able to persuade the seller that in a free market, the ticket has now declined in value, and offer him 20 percent less than the printed price. Right or wrong?

Wrong. You are hoping when you arrive at the theater, you will bump into Lulee and her sister -- no, the older one -- who will give you their extra ticket and buy you a beer during intermission.

(It is worth noting that the book's only mention of Kansas City and its environs is also in this section, in another example of preppy math "skills.")

(Also, don't they know it's the Fabulous Fox?)

WTF? Do we not have our share of preppy schools? (MICDS, John Burroughs, even Whitfield, for God's sake!) Do we not have at least one highly-ranked university? Do we not have a Brooks Brothers store? And a Lilly Pulitzer boutique? (At which, we must note, the book's author, Lisa Birnbach, will be giving a reading on September 28.) And a Neiman Marcus? With a tearoom?

DO WE NOT HAVE A YACHT CLUB?

This state of neglect cannot stand. Preps of west county (particularly those of you in Ladue, Huntleigh Woods and Town and Country), it is time to rise up and make yourselves known. Wave those banners of hot [pink and green. Let those east coast bastards know you exist.