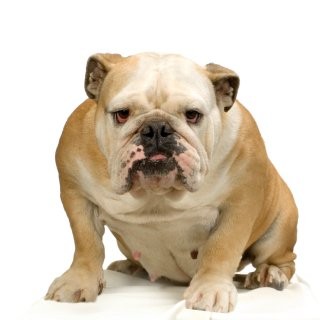 The Better Business Bureau has sent out an alert on local business Bulldog Roofing, telling consumers not to patronize them after reports of the company cashing customers' checks--including one of a 73-year-old woman--and then not completing work, alongside numerous complaints of unsolicited fax advertising.
Bill Smith, with the BBB, says that the first complaints about the company were from other businesses receiving reams of faxes from Bulldog. Unsolicited fax advertising is illegal in both Illinois and Missouri. Then the complaints about Bulldog's actual work started rolling in.
"This appears to be the same group, or relatives of a group, who have been involved in roofing scams across the country for the last seven years or so," says Smith.
The man who runs the local Bulldog Roofing goes by both Nicholas and Angelo Delmaro. The BBB confronted him while he was cashing a check, and he admitted that his brother, James Delmaro, had been jailed for his involvement in a roofing scam, but said he hadn't spoken with James in 15 years. The BBB hasn't been able to make contact with Delmaro since August 23, the chance check-cashing encounter in Ferguson. Calls made to the number listed on the Bulldog flyer just ring and ring.
The only address listed for the company is a UPS store in St. Charles, and the Missouri Secretary of State's office has no record of the company. When the BBB saw Delmaro, he was driving a truck with Texas plates, and carried a driver's license with a North Carolina address on it.
"Our guess is that they may operate here a while, then go someplace else and start all over again," says Smith, of his suspicions that the Delmaros have run roofing scams across the country.
One of Bulldog's unsatisfied customers is 73-year-old Kathleen Carter, who lives on St. Louis Avenue in North St. Louis. She hired Bulldog to fix her roof and the crumbling concrete around her building, hoping to salvage the foundation and interior walls of her home with the repair. She chose Bulldog over other companies who quoted the work for a much lower price, but wanted her to pay for materials.
"I didn't want to do that, because it just sounded like a con game," Carter says. "And then he came and did the exact same thing."
Carter paid Delmaro $6,400, "really scraped the barrel for that money," and he promised to repair her roof and the concrete around her house. He and a crew did work on her roof, then never returned, leaving Carter with a few sheets of heavy plywood and bags of concrete littering the outside of her house, and zero repairs done on the concrete. He cashed her checks and now won't return her calls.
"He was a very nice, very talkative guy, but now I know he's a con man," says Carter.
Carter has little hope of seeing Delmaro again, or of completing the major repairs she so desperately needed on her house anytime soon.
"I really don't have any money left to do it," she says. "I trusted him, and we just ended up giving him all the money we had thinking he was gonna get it done. I feel so stupid and embarrassed for doing something like that, I reported him to the Bureau so that I could stop him from victimizing someone else."