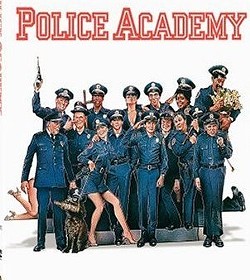 An off-duty St. Louis police officer involved in a wild fight two years ago outside a Metro East tavern has pleaded guilty to the crime of "reckless discharge of a firearm."

Bryan Pour, 28, was one of several people involved in a skirmish outside Mac N' Micks Sports Bar and Grill in November 2008. Pour drew his firearm and shot Jeffrey Bladdick of Granite City. A second St. Louis officer -- Christopher Hantak -- was shot by a Pontoon Beach when he refused to drop his weapon.

All the victims survived the ordeal. Hantak, Pour and a third officer involved in the fight were later fired from the police force. Today, Pour's attorney -- Albert Watkins -- tells Daily RFT that Pour and Bladdick "have gotten to know each other" quite well in the past two years and understand that the melee was a "tragic alignment" of circumstances.

Pour was initially charged with a Class X felony in Illinois that could have carried with it term of 60 years in prison. Pour could now get a sentence as light as probation.

Watkins says that Pour -- a father of one with another child on the way -- currently works as a pizza delivery driver. A federal court case -- against Pour and the St. Louis Metropolitan Police Department -- remains to be settled.