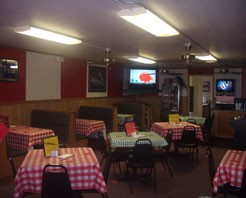 The family of Stephanie Dianne Carroll, a 42-year-old woman found dead in Black Jack on February 25, has asked St. Louis County police to re-open the investigation into her death, The Post-Dispatch reports. Carroll was a mother of four, and her body was found outside Meyer's Country Cottage and Irish Pub, a Florissant bar and restaurant. Medical examiners ruled that she died of hypothermia and acute intoxication.
Her family, however, said that mysterious bruising all over Carroll's body lead them to believe that her death was caused by something else, and strange details--a bar employee claims Carroll left the bar around 1 a.m., but her credit card was used for a purchase after 2 in the morning--are emerging that also raise suspicion.
Carroll's mother, Juliette Carroll, said this:

"When we got her clothes, they were in very good condition. Her blue jeans and sweater were in good condition. No tears, smudges, scuffs, dirt or gravel were on her blue jeans or sweater. No marks on her clothes of any type showing a fall, but her body had all these abrasions and contusions and bruises from her head to her toe. Why aren't her clothes torn or scraped up?"
She noted, "Our daughter was found with the top part of her body exposed. Her sweater and bra up around her neck. No coat on and no shoes. It was 15 degrees that night."

The family suspects that Carroll was attacked in the bathroom, then her attacker took her to her car and left her there, where she would be discovered at 8:45 the next morning.