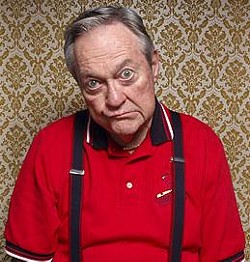 He's the answer to the trivia question: Who's the only person to play for the baseball Cardinals, football Cardinals and St. Louis Blues in a single season.

He's Ernie Hays, keyboardist extraordinaire. After 40 years in the stadium booth for the Redbirds he's retiring at the end of the season. The 75-year-old Hays tells Daily RFT that he's slowed down in recent years, though he'll still continue to teach piano lessons at his home in Maryland Heights and play private parties and charity functions.

"It's time to back off a bit, and lately I've been so busy I haven't had time to scratch," says the colorful -- though occasionally off-colored -- Hays.

For the past two seasons Hays has shared playing time with Dwayne Hilton, who's expected to replace him on a full-time basis next year. Hays got his start playing for the Cardinals in 1971, the year the organization installed an organ in Busch Stadium II. 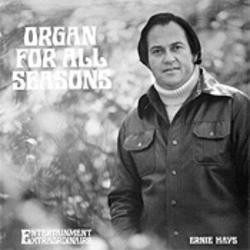 "I was working for Western Electric as an engineer and was out of town the first week the Cardinals installed the organ," says Hays. "So, they had another guy do it that week and had me audition for the second week. I've had the job ever since."

It was while playing keyboard for the now-defunct St. Louis Steamers indoor-soccer club in the late 1970s that Hays spontaneously played the Budweiser theme song "Here Comes the King". The song was an immediate hit with the inebriates of St. Louis' hometown brew, and has remained a Hays' standard ever since.

"Nancy used to say that we were going the way of the dinosaur," says Hays, who adds that he only plays about one-fifth the music he did when he first started tickling the ivories for the Cardinals. "There's so much recorded crap these days. It's not creative."

Still, Hays says he's happy that the Cardinals plan to keep an organist after he's gone and looks forward to pinch-hitting in future years whenever the team needs a fill-in.

"I'm sure going to miss it," says Hays. "But hopefully I'll be playing well into the post-season this October."