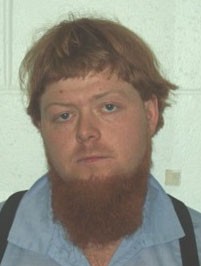 His name is Chester. He's an accused molester. And, oh yes, he's Amish, too.

Chester Mast, 26, of Curryville in northeast Missouri, is set to stand trial December 15 on charges that he raped a girl younger than 17 and masturbated in front of another younger than 15. Mast also faces sexual misconduct charges in Wisconsin and will be tried in that state following his Missouri court case.

According to the Hannibal Courier-Post, three of the Mast's alleged victims were Amish and one had a family relationship with Mast that was "closer than a second cousin."

Mast remains in jail in Pike County on a $100,000 cash-only bond. If convicted in Missouri and Wisconsin, he could get up to 90 years in prison.