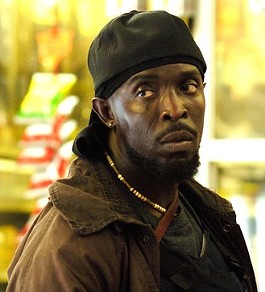 "Let's say we had a disagreement."

"Well, you see, Mike-Mike thought he should keep that cocaine he was slingin' and the money he was makin' from slingin' it. I thought otherwise."

That's an excerpt from the famous courtroom scene in the second season of The Wire involving a slimeball attorney and the shotgun-toting Robin Hood of the hood, Omar Little.

But it just as easily could have been lifted from a trial earlier this week in East St. Louis, of 25-year-old Reggie Moses. Moses was convicted of robbing a drug dealer of more than 600 grams of crack, then leading the dealer on a high-speed chase through Madison County with bullets flying.

The crimes took place on June 15, 2009 in Madison County. Here's the description provided by the southern Illinois U.S. Attorney's office:


The evidence at trial showed that Moses and others robbed a drug dealer at gunpoint and took over 600 grams of crack cocaine from the drug dealer's house. After the robbery, a vehicle chase ensued, in which the victim drug dealer chased the robbers' vehicle through multiple counties, and Moses fired shots at the drug dealer's vehicle

Moses was eventually nabbed by police from Alton and Granite City. He now faces up to 20 years in prison and a $250,000 fine.

For your viewing pleasure, here's the scene referenced earlier. Doesn't it seem like Reggie Moses is the perfect name for a real-life Omar?