A board member for a local union has been distributing promotional material for the KKK on a St. Louis County job site, officials with the Missouri State Conference of the NAACP alleged this morning. 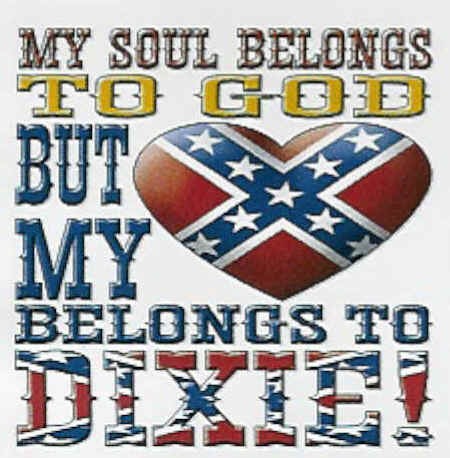 Adolphus Pruitt, the NAACP's vice chair for legal redress, tells the Daily RFT that the union official -- a board member with the Local 53 chapter of the Laborers International Union of North America -- has been passing out business cards claiming that "your white children are quickly becoming America's new minority."

The card asks recipients to check out www.kkk.com, which sells white supremacists T-shirts and recruits members for the "Knights Party" -- an Arkansas-based group calling itself "the legitimate Klan association in the U.S." -- and encourages people to send $3 to the group for more information.

Although the NAACP hasn't identified the union member by name, Pruitt says it knows exactly who he is -- and that they believe this isn't the first time he's attempted to proselytize for white supremacists.

The board member was distributing cards on a work site run by the U.S. Army Corps of Engineers, Pruitt says. That site is in St. Louis County, just north of the Lambert-St. Louis Airport.
Reached for comment this morning, a spokesman for the Local 53 seemed caught off guard by the charges. He said the union is completely unaware of the allegation.

After receiving a copy of the NAACP's press release from the Daily RFT, the union issued a statement. "Local 53 will not wait for the outcome of the Corps of Engineers' investigation, and then we will take correct and appropriate action," the statement said. "Local 53 will not stand for any racist thoughts or actions being espoused by any member, much less a union official of Local 53."

The NAACP is calling for the board member to be removed from the job site. "He needs to leave the job site," Pruitt says. "We're asking the Corps to make sure he's not on any job site funded by the U.S. government."

The NAACP contacted the U.S. Army Corps this morning and is waiting to hear back, Pruitt says.

The NAACP is also calling on the union to amend its bylaws to prohibit racial discrimination and hate.

"Let's be realistic," Pruitt says. "The minority workforce in the union is not a number to brag about. The fact that this can go on with somebody at that level -- that probably has some impact on why the numbers of minority workers are what they are."