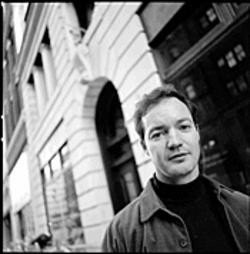 A man who played instrumental roles in the redevelopment of the Chase Park Plaza Hotel and the resurgence of Washington Avenue in the late 1990s and early 2000s died last Thursday. William Stephen Stallings was 47.

Daily RFT is looking into the cause of death. A paid obit in Sunday's Post-Dispatch provides scant details of what killed the once-promising developer. His funeral is today.

In 2004 Stallings was the focus of a Riverfront Times' feature, Chutes and Ladders, chronicling his spectacular rise and fall from a professional soccer player to an ATF agent to a free-wheeling developer and on to becoming a two-time convicted felon.

Stallings' downfall, said a friend at the time, was entering the nightclub business -- a move that placed him in the center of a hard-partying crowd.

In June 2000, documents show that state liquor-control agents were preparing to shut down [Stalling's nightclub] The Cheetah for a list of infractions, including the consumption of alcohol by minors, drugging of patrons, sexual assaults and allowing patrons to traffic drugs on the premises.

But the big bust never happened. Before the agents could act, Stallings' father, to whom Stallings had turned over the bar a few months earlier for the charge of one dollar, surrendered the license. In effect, Dad took away Junior's keys.

"As president and owner of The Cheetah at 1224 Washington nightclub, I wish to surrender and give up my Liquor License on this date and to cease operations immediately.

"This business has caused considerable strain on my personal life and that of my family. It is my intention to sell this business in the near future.

Whatever your thoughts on Stallings, though, you can't say he led a dull life. Who else has his Ladue home shot up in a drive-by? R.I.P.