August 13, 2010 at 11:27 AM
comment
One of the St. Louis' biggest downtown developers of the past decade was indicted this morning on federal fraud charges. 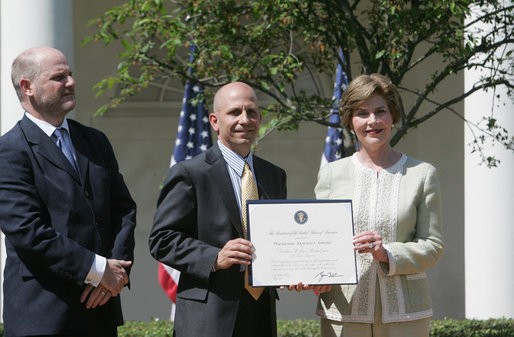 The United States Attorney's Office charges John R. Steffen with a scheme to defraud The Business Bank of St. Louis by pledging Brownfield Remediation Tax Credits as collateral on a loan, and selling them to use the proceeds for other projects.

The indictment alleges that in May 2007, Steffen used the tax credits as collateral to obtain a loan from The Business Bank of St. Louis to one of his subsidiaries, MB Lofts, in the amount of $1,115,633. The purpose of the loan was for environmental cleanup and remediation of the Metropolitan Building. On December 21, 2007, Steffen fraudulently sold $827,415 of tax credits without the knowledge of The Business Bank, and used the proceeds for other projects.

Steffen, 52, St. Louis, was indicted by a federal grand jury on one felony count of bank fraud. If convicted, bank fraud carries a maximum penalty of 30 years in prison and/or fines up to $1,000,000.

In 2008, a financially overextended Steffen was forced to transfer ownership of a dozen projects valued at more than $600 million.