Why Do Missouri Conservatives Care About California Law? 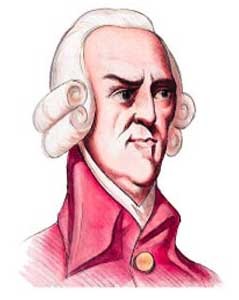 This November, Californians will vote on suspending environmental standards until the jobs picture improves there.

And one of the top donors in favor of temporarily dropping the standards is a foundation ... from Missouri?

"Craziness out in California will have an impact here in Missouri," insists James Harris, a director and adviser of the Jefferson City-based Adam Smith Foundation, a conservative nonprofit.


The creeping liberalism of California, he fears, will work its way east if left unchecked. And anyone who disagrees, he tells Daily RFT, is "a buncha little left-wing liberals squealing."

So to that end, the Adam Smith Foundation gave almost half a million bucks to supporters of Prop 23.


Prop 23 would suspend a 2006 law mandating lower greenhouse gas emissions in California. The suspension would remain in place until unemployment in California gets below 5.5 percent for four consecutive quarters. The 2006 law had a clause that said the governor could suspend it under "extraordinary circumstances," and Prop 23 supporters are saying that the current economic situation totally counts as extraordinary.

Environmentalists are opposed to Prop 23 and small-government conservatives are for it. And some Californians are wondering why the hell folks in Missouri are getting involved at all.

"We have no idea who in the state of Missouri or anywhere on the planet has given half a million dollars to our opponents," Steven Maviglio, an anti-Prop 23 spokesman, told the San Francisco Chronicle.

Democratic leadership in California has asked the attorney general to investigate the legality of the donation--all $498,000 of it--from the Missouri foundation, in a move the foundation's Harris characterizes as coming from  "just a bunch of crazy folks."

The Adam Smith Foundation is a 501(c)(4) nonprofit. Such bodies are meant to promote social welfare, but unlike 501(c)(3) nonprofits, they are permitted to use their non-tax deductible donations to lobby for legislation.

"This completely falls under the purview of what a (c)(4) can do," says Harris, who isn't concerned with the investigation: "I think it's just some squabbling, whiny liberals out west."

So who are the presumably non-whiny donors? Where did the foundation get all that cash? "We really don't talk too much about our donors but I can tell you most are individuals or other right-of-center organizations," Harris says.