Marty Sigillito, Accused of $45 Million Scam, Must Respond to RICO Suit by Tuesday 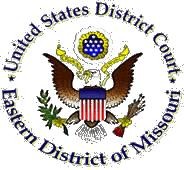 What's it gonna be, Marty?

On June 30, a federal racketeering lawsuit was filed against the bishop for stealing millions from more than fifty plaintiffs. Both Sigillito and his attorney, David Helfrey, informally denied the accusation. But in the courtroom, they asked for a 60-day extension to officially answer.

Not gonna happen, says U.S. District Judge Donald Stohr. He's now giving them until Tuesday to come up with a response. (Read the judicial order after the jump).

Will Sigillito fight the civil action? Or admit to wrongdoing? Stay tuned...