August 05, 2010 at 2:44 PM
comment
Tonight, St. Louis gets a long-scheduled visit from the National Organization for Marriage -- the anti-gay marriage folks behind this much-parodied gem, the famously and hilariously fear-mongering "Gathering Storm" YouTube clip. 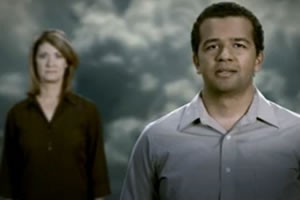 But thanks to a federal district judge in , the planned counter-protest by local LGBT folks has taken a celebratory turn. Grassroots lesbian, gay, bisexual and transgender advocacy groups Show Me No Hate, PROMO and Faith Aloud had already been planning to demonstrate in favor of same-sex marriage at the event.

Now, their rally is going to be more than just a counter-protest -- it's a party.

In 2008, about 52 percent of Californians voted yes on Prop 8, which said that the Golden only recognizes marriage as existing between one man and one woman. NOM was a major force in passing that legislation. Yesterday, San Francisco-based U.S. District Judge Vaughn Walker threw Prop 8 out, calling it unconstitutional and discriminatory.

Despite 's similar legislation, the decision is being hailed locally and nationally as a victory for marriage rights nationwide.

"I'm excited," says Ed Reggi, founder of Show Me No Hate. "We can make [tonight's rally] not about that they're just in town and we're not happy about it -- we can direct that energy towards celebration." Reggi says allies including Christian, Jewish and Muslim clergy will be on hand to show support.

The anti-gay folks, however, aren't fazed.

NOM's executive director, Brian Brown, says that Missouri should be scared, even with their own anti-gay-marriage passed overwhelmingly.

"The decision deals not only with Prop 8, it affects every state that deals with the union of one man and one woman," says Brown, who will speak tonight. "This decision is going to force them to talk about what their position is on marriage -- there isn't a middle ground. Clearly there's a renewed interest in the nature of marriage and how far judicial activists have gone in trumping the will of the people."

Check back with the Daily RFT tomorrow for coverage of the event, held at at Memorial Park in Clayton.