State Voters to Weigh In On St. Louis Earnings Tax 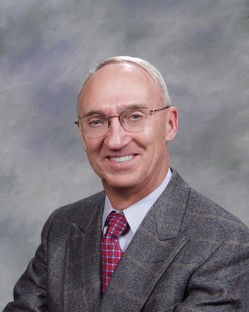 Correction to this article printed below.

The ballot measure will ask Missouri voters to amend state law that allows certain cities (ie. St. Louis and Kansas City) to levy an earnings tax on residents and people who work in those municipalities. Those taxes currently provide Kansas City with around $200 million a year and contribute to 40 percent of the city's general revenue. In St. Louis the earnings tax raises around $141 million, or around one-third of the city's general fund to pay for day-to-day service such as police and fire protection.

Approval of the petition campaign drew sharp criticism yesterday from Kansas City officials and a rather tepid (by comparison) response from Mayor Francis Slay's office, which has accepted tens of thousands of dollars in campaign contributions from Sinquefield.


Kansas City Mayor Mark Funkhouser said his office would do everything possible to defeat the earnings tax repeal measure, statewide and at the polls here. "Citizens statewide need to understand the damage this ballot issue could do to Missouri's two largest cities, and to our state budget, and defeat it in November," Funkhouser said in a written statement....

"We're very disappointed, but a billionaire with unlimited resources is difficult to counter," said Pam Whiting, spokeswoman for the Greater Kansas City Chamber of Commerce, which had joined forces with some St. Louis civic leaders to try to urge residents in both cities not to sign the petitions.

City officials said statewide voters should not be allowed to determine the city's fate.

"Kansas City should be allowed to chart its own course without outside interference from parts of the state unaffected by our earnings tax," Funkhouser said.

Meanwhile, here's how Slay's office responded, via the Post-Dispatch:


Until a replacement for the revenue is found, St. Louis Mayor Francis Slay opposes getting rid of the tax, said Jeff Rainford, the mayor's chief of staff.

However, the mayor won't campaign against the statewide measure this fall. Such an effort would be futile and could confuse voters, Rainford said.

Instead, the mayor will wait until city voters have their say in April. Then, Slay "will campaign aggressively for a yes vote to keep it," Rainford said.

It's worth noting that last year Sinquefield donated $75,000 to Slay's re-election campaign even though the mayor isn't up for re-election until 2013.

As Rainford suggests in his comments, if Missouri voters amend state law, St. Louis and Kansas City voters will still have to vote in April to do away with the earnings tax. At this point, it's not clear how St. Louis would offset the loss of one-third of its income should the earnings tax go bye-bye.