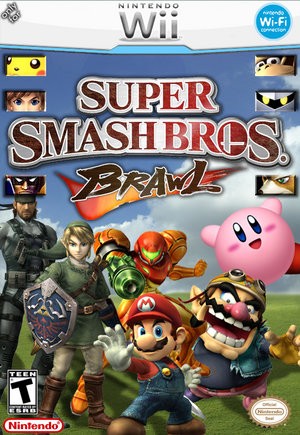 Call us old fashioned, but should the city's library system really be hosting video game tournaments? That's what Daily RFT set out to answer yesterday after receiving an announcement for the St. Louis Library's Super Smash Bros. Brawl tournament this coming Saturday at the Carpenter Branch on South Grand.

Daily RFT: So, I guess this is a way to get kids into the library, huh?

Carrie Dietz (St. Louis Library's young-adult librarian): It is. It's kind of a trend right now in libraries. The kids can rent the video games to take home and play, or they can play them at the library on one of our several Wii and X-box consoles.

It's really no different than us renting out other media: records, tapes, CDs, DVDs. When the kids come to the library to play these games, they're making positive connections. They're meeting other kids.

Well, maybe. But what people fail to realize is that kids are reading all the time when they're playing video games. They read the instructions when setting up their options. They read information looking for shortcuts and special moves. For a lot of kids -- especially young ones -- video games force them to read and are a great way to sneak in some literacy.

*The library's press release for its Wii tournament appears below. Dietz tells Daily RFT that the first through third place winners will receive a designer Wii controller as a trophy and gift certificates to Target. The public is welcome to come watch the kids battle it out Saturday.

St. Louis, MO . . . The St. Louis Public Library is proud to host 64 teens from around the City of St. Louis as they vie for top honors in the Second Annual Super Smash Bros. Brawl Wii Tournament. The event takes place at Carpenter Branch, 2209 S. Grand Blvd., on August 7 at 11 a.m. The event is FREE and open to the public.

During July, more than three hundred 6th-12th graders participated in qualifying rounds at Library locations throughout the city. To make it into the Super Smash Bros. Brawl Wii Tournament, players had to be a Top 5 Finisher in the qualifying rounds. The competition was so intense that many teens played at more than one Branch in their attempts to make the Tournament.

In addition to being awarded gold, silver, and bronze trophies, the top three finishers will receive great prizes including gift certificates and specially decorated Wii game controllers. Certificates will be awarded to each teen that participates in the Tournament.