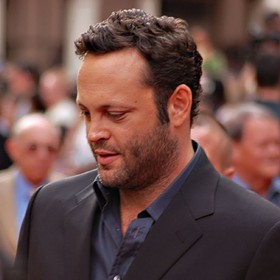 First we had Clooney-steria. Now we might have Vince Vaughn...-steria!

A little birdie (Deadline.com) tells us that Vaughn is likely teaming up with director David O. Russell (the guy behind Three Kings, I Heart Huckabees) to make Old St. Louis.

The film would be:


the story of a traveling salesman who has been an absentee father, and how his life changes when his daughter becomes part of his life. Vaughn would play the salesman, and actresses including Kick-Ass star Chloe Moretz have been mentioned as possibles to play the daughter.

This all assuming, by the way, they decide to actually shoot the thing here.

According to Deadline, the film may be a sort-of follow-up to The Fighter, a film starring Mark Wahlberg and Christian Bale to come out this December.