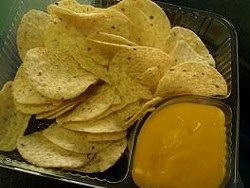 ESPN is out with a review of health citations for food at all the nation's pro-sports stadium and arenas.

The bad news: That $6 beer and $5 hot-dog you just ordered may contain moldy ice and rodent droppings.

The good news: Odds are you're safe if you eat stadium fare in St. Louis.

Check out this interactive map to check out the food quality at your favorite stadium.