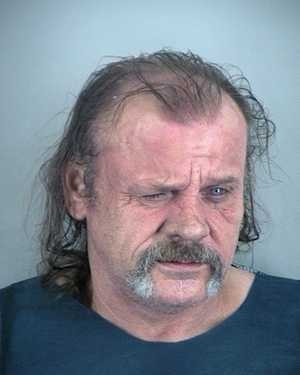 Martin (definitely not the banjo-strumming comedian, as the immaculate mugshot above makes clear) was indicted earlier this week for conspiracy to distribute methamphetamine. A whole lot of methamphetamine.

Ol' one eye and four accomplices have been charged in western Missouri federal court with intent to distribute more than 500 grams of meth, and illegal use of firearms.

They (allegedly) broke into a rival meth dealer's house in Kansas City and tried to robbed the stash at gunpoint.


His buddies, brothers John and Timothy Younce, showed up dressed as police officers in order to rob the place.

They had help on the inside, too. Vernon Tennison Jr. allegedly left the back door of the house open to help get the robbery started. While this plan was going down on May 23, the target was apparently shot and wounded.

Keep an eye out for Timothy Younce; authorities are still searching for him.