St. Louis Continues to Next Round of The Other Guys Premiere Battle 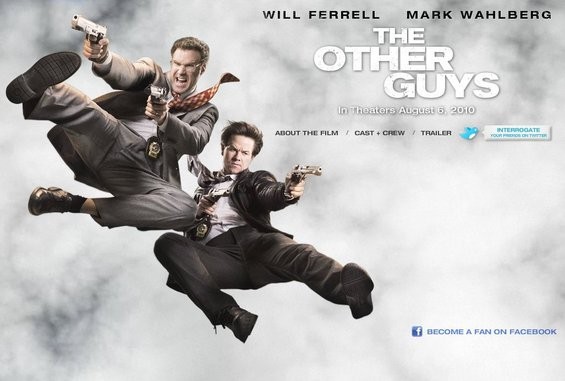 Did you feel like a winner when you woke up this morning? No? How about one-fifth of a winner? Because that's what you should feel like!
The Other Guys stars Will Ferrell and Mark Wahlberg announced yesterday via a Facebook video that St. Louis is one of five final cities in the running to host the movie's "other" premiere, based on votes on the movie's Facebook page. Congratulations, everyone! This victory took real skill and dedication, and you should be proud of yourselves.
Atlanta, Dallas, Houston and Philadelphia are the other contenders. Ferrell and Wahlberg will announce the winner of the contest live on The Today Show next Monday, August 2, so avoid work a little longer (yes, we see you lurking here on Daily RFT) and head over to The Other Guys' Facebook page to vote.

I mean, really, we can't be beat by Hotlanta, can we? Have some pride.