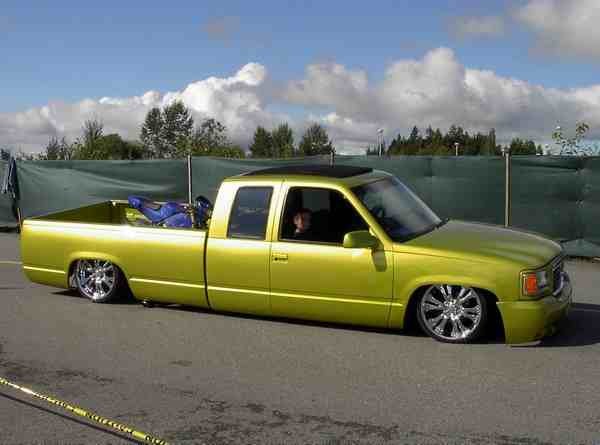 Hey, it worked for Scott Brown in Massachusetts. Of course, the pickup truck Brown drove to his Senate victory -- his 2005 GMC with 200,000 miles on it -- was his own.

The pickup that Roy Blunt has been seen driving while campaigning in Missouri is reportedly a rental. His Democratic challenger, Robin Carnahan, has been calling Blunt out on the campaign prop this month while also questioning the plaid shirts he wears to look more everyday.

Recently Blunt fessed up to the rented truck but denied buying new duds for the campaign.

"I've had pickups off and on throughout most of my life and in fact the only we car we had in my life when I was born was a pickup, so I'm used to riding a pickup. But I haven't bought a new shirt in a while," Blunt said when questioned about the pickup by a reporter in at the American Legion event in Jefferson City earlier this month.

"So you're not driving in a rented pickup?" the reporter asked.

"No we are, you usually don't campaign in your personal vehicle, so yes we've been using a pickup."

Daily RFT left a message today with Blunt's campaign for comment. We'll let you know when we hear back from them.