Jon Hamm + Homer Simpson = Could TV Get Any Better?

Jon Hamm, the native St. Louisan who portrays Don Draper on Mad Men (God, can anybody possibly forget?) will be moonlighting this December on an episode of The Simpsons. 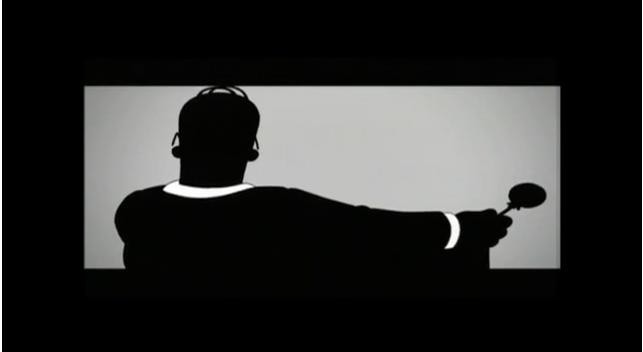 Hamm, sadly, will appear only in Simpson-ized form and also sans skinny lapels and Old Fashioned, but we still get to hear his voice which, we suspect, is the real reason Don Draper has had such amazing success with women. Just listen to him recite "Mayakovsky", a poem by Frank O'Hara, in voiceover in the premiere episode of Season 2.

The episode will also not be a Mad Men parody. That's already been done. In the upcoming Simpsons episode, Hamm plays a gruff FBI agent who supervises Homer when Homer goes undercover in prison to infiltrate Fat Tony's inner circle.

Homer: Can I pick my undercover name?

Hamm: Your name will be Nicky Blue Pants Altosaxophony.

Homer: Do I get to keep the name when I'm done with it?

Hamm: No, it's the property of the government.

Al Jean, the Simpsons' executive producer, says Hamm handled his guest role with aplomb. "You gave him one note and he immediately did 12 great things with it. He was really funny. And handsome."

Now that we have driven you mad with lust, we'll spare you the trouble of looking up Draper's Season One Kodak pitch. The link is right here.