July 21, 2010 at 4:35 PM
comment
This just in: Lee Enterprises, publisher of the St. Louis Post-Dispatch and a host of other newspapers, lost another 4.9 percent in ad revenue this quarter. 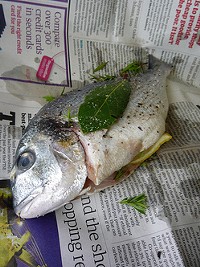 That's not, of course, a headline you'll see in the Post-Dispatch.

In its brief report on page A11, the paper reports the latest quarter's financial report -- and, not surprisingly, takes a more rosy view. The company posted a profit, the story tells us. Revenue declines have continued to ease!

That's all true, but it's definitely the rose-colored take. The bad news comes in the third paragraph.

Even though online revenue is up 25 percent this quarter, online sales are only a small fraction of Lee's total ad revenue: 9.2 percent, according to the company's latest filing.

And since sales for the print paper continue to slide ever downward -- five percent this quarter alone -- overall revenue continues to drop.

So how did the Davenport, Iowa, company post an actual profit?

"Operating expenses ... decreased 5.7 percent," Lee reported in a much longer news release, which the Daily RFT obtained from its web site. "Compensation declined 2.9 percent, with the average number of full-time equivalent employees down 5.9 percent. Newsprint and ink expense decreased 13.5 percent..."

And those are just the quarterly numbers. The cost reductions are even bigger over the course of the year: In 2010, the number of full-time equivalent employees at Lee has dropped 9.2 percent. Newsprint volume has dropped 14.7 percent.

So here's what's going on.

Lee, like other newspaper companies, has been shrinking the size of the print edition. (Paper is expensive.) And getting rid of journalists. (We old hacks are expensive, too.)

And while they're hoping to replace falling print ad revenue with online revenue, that's not growing nearly fast enough to truly replace it.

It's definitely worth noting that the hemorrhaging at companies like Lee has hardly abated. (They lost $125 million last year; this year, they'll turn a profit of $48 million or so.) And online page views are up: unique visitors to the site have increased an impressive 23.3 percent from this quarter last year, according to that same release.

But as ad revenue declines to fall, and there are fewer reasons to pick up the leaner, less journalist-y print paper, is the model truly sustainable?

We don't know the answer to that, obviously. (And, at the Daily RFT, since our company isn't publicly traded, we don't even know how much of that dynamic may prove true for our long-term future, either.)

But we do know we're not the only ones worried about all this. MarketWatch reports that shares in Lee fell 4.5 percent after yesterday's report.