There She Is, Ms. Missouri Senior America! 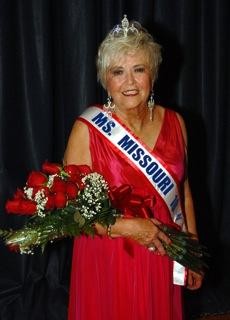 Two years ago, Jacquie Crawford had knee-replacement surgery on both legs. A week ago last Saturday, July 10, she performed a tap-dance routine to "There's No Business Like Show Business" and was subsequently crowned Ms. Missouri Senior America.

"People come up to me and say, 'Where did you get your knees done?'" says Crawford, who is 71.

Ms. Missouri Senior America was Crawford's first pageant ever. Contestants are judged on their philosophy of life, an evening gown presentation and a private interview. "No swimming suit," Crawford says with evident relief. She entered because she wanted to be part of the Cameo Club, a group that performs at nursing homes and hospitals, but learned that participation in the pageant was a requirement for membership.

"The theme of the national pageant is 'The Age of Elegance,'" Crawford explains. "You have to be 60 years old or older to enter. The pageant is looking for inner beauty: poise, maturity, grace, that sort of thing. They were looking for an older person to represent the state. I read all that and then thought, 'Oh, my goodness, they picked me?'"

Incidentally, Crawford has also survived open-heart surgery and another operation to repair a brain aneurysm. It was the brain surgery, oddly enough, that provided the biggest obstacle to Crawford learning her tap-dance routine.

"It's kind of interesting," she says. "After my brain surgery, there were no side effects, except that it was difficult to remember things. The doctors told my daughters I would have to write everything down, but they didn't bother to tell me because I was a Franklin-Covey management teacher and already wrote everything down. But when I started learning the dance, we would three steps and practice and then learn the next three. And by then I had forgotten the first three steps."

Crawford practiced every day for six months. "Sometimes I was good. Sometimes I was terrible. I'd think, 'Oh, no, I'm going to embarrass myself and everyone I know.'"

She finally started to catch onto the routine in April and performed at the Senior Olympics in May. "Afterwards, somebody told me, 'You looked like you were having a doggoned good time!'"

Crawford worked for many years as a senior vice president at Citicorp Mortgage. She's written two textbooks, one on women in management, the other on teacher education. After her retirement, she became certified as a chaplain and served at St. Alexis and St. Louis University Hospitals.

In January of 2006, when she was 65, she mushed a team of sled dogs across the Bering Strait to Alaska. These days, her life is quieter, although she wakes up at five a.m. every morning to take care of her ten-month-old granddaughter Millie. "It's easier to take care of five children when you're in your 20s than just one in your 70s," she says. 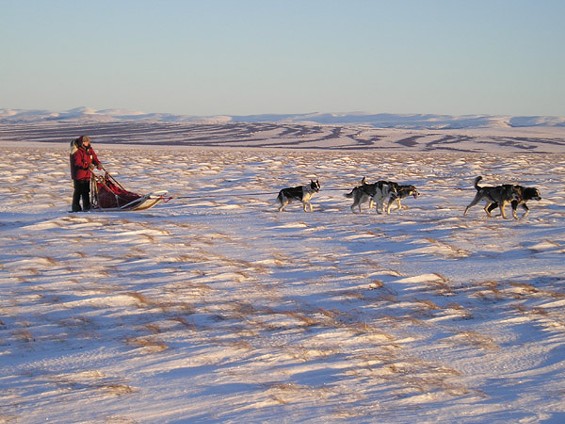 In October, Crawford will compete in the Ms. Senior America pageant in Atlantic City. (The seniors still know how to do things right.) Before then, she's expected to speak to groups of older women. "I'm looking forward to interacting with the women of the state and give them hope and encouragement," she says. Like her younger counterparts, she will also ride in parades. But only a week into her reign, she learned some unpleasant truths about beauty queen life.

"They gave me this list of event and in parentheses, they wrote that you have to get your own convertible," she says. "I called my friend who works at a bank and was telling her about this and she said, 'Are you calling me up for a loan?' I said, 'No, no.' I assume some dealership will want to sponsor it and get publicity for their pretty, pretty convertible."