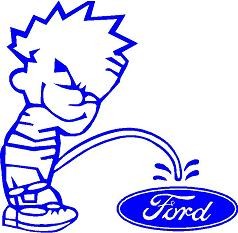 In the end Governor Jay Nixon got his way. His special-session bill to provide nearly $150-million in tax giveaways to Ford Motor Co. and its suppliers overcame rounds of criticism and a 20-hour filibuster yesterday with Missouri legislators finally approving the measure.

The bill will pay for itself on the dime of future state employees -- who'll no longer benefit from a fixed pension but instead must contribute to their own retirements. (Anyone with their own 401(k) knows how well that's worked for you in the past decade.)

Meanwhile, Ford Motor Co. will be allowed to keep $10 million a year in withholding taxes from its Kansas City auto plant. This despite rumors that Ford plans to leave Missouri regardless of the tax break.

It's curious to note that in the weeks building up to yesterday's vote, Ford has never once pledged to stay in Missouri if legislators cut its taxes. More than that, Ford has never even so much as publicly acknowledged how -- if at all -- the tax break would influence its decision making. Under the bill, Ford's suppliers in Missouri will also get a similar tax break of $50 million over ten years -- adding up to a total of $150 million in giveaways once you combine the $100 million given to Ford.

For his part, Nixon contends that the tax break will save 4,000 Missouri jobs. Let's hope he's right. At a time when the state is cutting all types of social services to make up for its $500-million budget gap, it seems Missourians can hardly afford to give handouts to multi-billion-dollar corporations -- especially ones that won't even acknowledge your attempt at courtship.