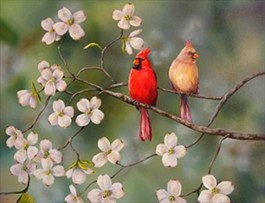 Stuck in second place behind a tough Cincinnati Reds team, the Redbirds need all the help they can get from their supporters in St. Louis.

Tonight, however, local environmental groups will rally at Busch Stadium to raise awareness about bird species in the area that may be threatened by the proposed casino development near the Columbia Bottom Conservation Area and the confluence of the Mississippi and Missouri Rivers in north St. Louis County.

The demonstration coincides with the deadline set by the Missouri Gaming Commission for developers vying to win to win the state's last remaining gaming license to submit economic assessments of their proposed casino locations.

The Missouri Coalition for the Environment described their cause and the plan for tonight's ballgame -- including a "postcard drive" -- in a press release:


Save the Confluence supporters are looking for Redbird fans to "speak out" for their feathered friends like Bald Eagles, Egrets, Blue Herons and American White Pelicans, many of which migrate, live and raise their young in the area where the casino development is proposed.

The floodplain casino proposal will convert farmland, wetlands and floodplain into a casino complex as large as 377 acres with parking for 8,000 cars next to the Columbia Bottom Conservation Area near the Confluence of the Mississippi and Missouri Rivers in north St. Louis County. The casino proposal will destroy habitat for tens of thousands of birds and other wildlife and impact a globally significant migratory flyway.

The Save the Confluence Coalition is calling on members of the public to speak on behalf of the silenced wildlife that the plan would displace - the migratory birds, the eagles, the ducks, the butterflies, fox, mink, otters, hawks and others that call the Columbia Bottom Confluence area home.

"A casino next to the conservation area will undermine the $25 million public and private investment made there and will reduce the area's value as critical eagle and wildlife habitat - many of those animals have no other place to go," said Dr. Patricia Hagen, of the National Audubon Society. "In addition, over $120 billion is spent annually in this country on nature tourism, we want to ensure that our region does not lose its ability to attract this important and valuable market."

Regardless of what happens tonight, it appears unlikely that the Gaming Commission will jump on-board with the proposal by North County Development LLC since St. Louis County Executive Charlie Dooley has officially expressed opposition to the plan.