July 13, 2010 at 2:57 PM
comment
Police have yet to issue charges in the slaying Sunday night of 15-year-old Marquise Griffin. 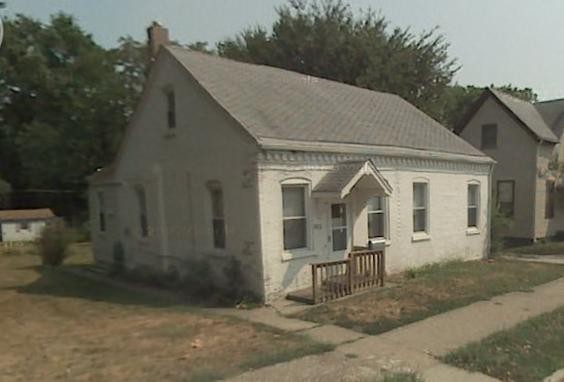 The teen from Swansea was found dead in the yard at 502 N. Fourth Street (above) in Belleville. He'd been shot once in the head.

On Monday the Major Case Squad was brought into investigate the killing and police equipped with armored vehicles raided a nearby home where they reportedly took another 15-year-old male into custody. The Belleville News-Democrat reports that charges could come as early as today or tomorrow.

Griffin's murder occurred just a couple blocks away from where 18-year-old Jarrell Fountain was stabbed to death in May. Two teenage brothers from Belleville -- Floyd E. Alexander, 19, and Michael P. Alexander, 17, have been charged with that murder and remain in jail.