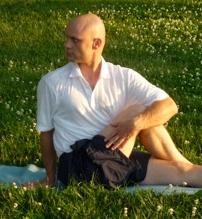 The St. Louis yoga instructor accused of killing a 70-year-old yoga guru in Pennsylvania has waived his right to an extradition hearing.

The Milton, Pennsylvania paper Standard Journal reports that Snider could be extradited back to Pennsylvania as soon as this week where he'll face murder charges.

Snider recently operated the now-defunct Yoga For Everyone yoga studio in Webster Groves.